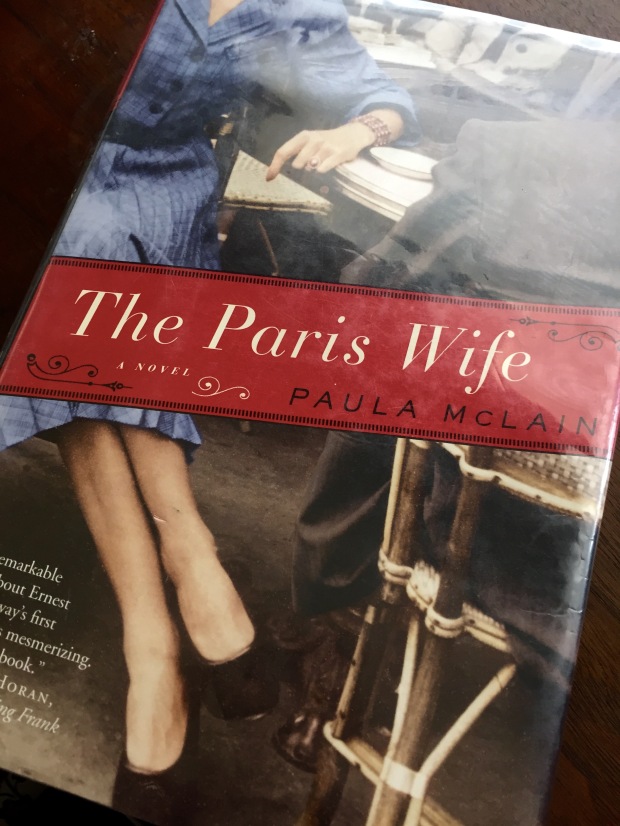 Hemingway has become more myth than man to modern readers, but Paula McLain’s book offers an intriguing glance into the man and the (first) woman who married him. McLain manages to capture Hemingway’s charm as well as his rougher, more cruel traits, as well as what it’s like for his wife, who doesn’t consider herself to be an artist and is therefore left out of crucial parts of his world. Written with empathy for her characters, the book tells us the story of a marriage, the story of a time, and the story of a woman. Even if you’re not a big Hemingway fan (which I’m definitely not), it’s hard not to get swept up into this novel about that magical time for authors and artists in Paris in the late 20s/early 30s.

You know it’s not going to be a productive day when it occurs to you that the most important thing you could be doing is sharpening all your pencils and subsequently taking pictures of the curly shavings...
Look who showed up in my cappuccino this morning!
A lazy Sunday with tea, cherry plums, and historical fiction.
There’s something delightful about drinking tea out of a tea cup and not a mug. I should bring these down out of the cupboard more often.
Today was a cinnamon roll kind of day...
We drove up to Muir Woods today and spent the morning among the redwoods.
Loading Comments...
Comment
×
%d bloggers like this: