A great costume is the work of planning, effort, and craft skills. But sometimes time has run out, a last minute invitation has popped up, and you need a costume now. Make that yesterday. Luckily, most have something in our closets that can be transformed into a great costume pretty easily with the addition of just one or two pieces and a trip to the thrift store.

So I have for you my top five easy peasy costume ideas. These ideas stand up to Paul’s test, which says that a costume should imitate a specific person, idea, or fictional character, and should not be a generic category like someone from the 60s–it’s better to dress up as Joan Holloway from Mad Men, or Mick Jagger, or one of the Beatles, or Brigitte Bardot.

I’ve selected a single piece from my wardrobe that I think most people also have in their closets, and I’ll give suggestions on what to add to make it a perfect costume. 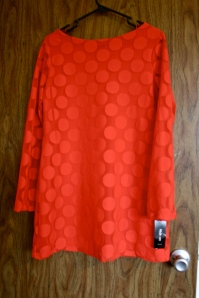 Add white tights and matching heels and all of a sudden you can be Megan from Mad Men or Mary Quant. Add a crazy helmet and a improvised laser gun and be an alien (though this stands up less well to Paul’s test, but you can be a specific space invader). If you love the 60s and have a mini dress you can be pretty much anyone. Find your favorite actress, imitate their hairstyle and don’t forget an outrageous cat-eye and a pale pink lip. 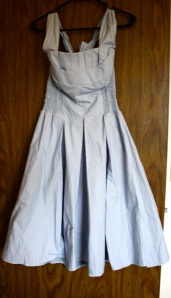 I used this blue dress for Alice in Wonderland (just add apron, white tights, and black heels). But this shape is great. You can be anyone from Beaver’s mom vacuuming in pearls to Sophia Loren. If the skirt on your dress isn’t quite so full, but is still sophisticated, try adding a clipboard, glasses, and a cardigan to become the PTA mom, or a party planner. Add dark glasses and a copy of Vogue and you could be Anna Wintour. Add a sketchbook, round glasses, and blunt bangs and go as Edith Head. The A-Line dress is sophisticated and timeless and since so many people wore it, with the right accessories you could be pretty much anyone. 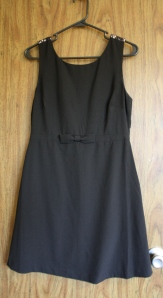 Breakfast at Tiffany’s Holly Golightly might be one of the easiest and most recognizable costumes to put together. Pile your hair on your head, add a lorgnette and pearls and you’ve transformed. Looking for something a little less done? Try Chanel. Same dress (though longer sleeves work better) with longer pearls, a hat, and a plain cigarette (try candy ones). Add a choker and blue eyeshadow with a more 80s/90s inspired silhouette and become Princess Diana. Add a black pillbox with a veil and become Jackie in mourning. More of a Marilyn? she wore black too. 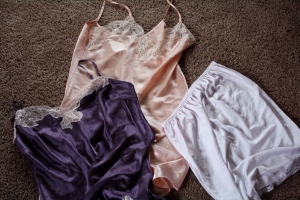 My favorite slip costume has to be the Freudian slip. You add a fake mustache and a pipe and you’re good to go. You might be saying “get it?” all night, but I think clever costumes are worth it. If you’re not that into psychology, try Jennifer Garner’s character in 13 going on 30 slip dress outfit–just add a coat and your most “grown up” bag. Your slip might not be designer, but you can dress up like Cher from Clueless anyway. Add a sheer top over a white slip (or slim fitting white dress) and a giant old cell phone–if you really want to get into character. 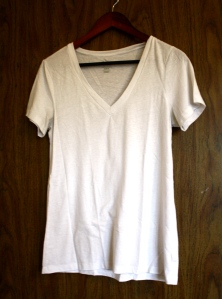 A tee shirt might be the most versatile costume piece there is. You can glue things onto it to create a clever costume, you can cut two holes in the bust and go as Regina George from Mean Girls (don’t forget a colorful bra and mini skirt), you can add a pack of cigarette, blue jeans and a comb and go as James Dean. Check out the list below of iconic t-shirts in film and go crazy.

The most important thing about pulling off a good costume is attitude. You probably don’t look like (you may not even be the same gender) as who you’re impersonating. That doesn’t really matter. A lot of people think they have to have at least the same skin or hair color as the person and that’s not true either (though please be sensitive with your costume choices, just because it’s Halloween does not make it okay to be racist/insensitive/stupid!). More important than hair color is hair style, and more important than color is makeup. It’s the last minute so don’t get too outrageous. Just find something fun and simple to do with things that are already in your closet.

Cheap and easy costumes from BuzzFeed

Pinterest has tons and tons of ideas depending on what you’re looking for. Go and waste 15 minutes.