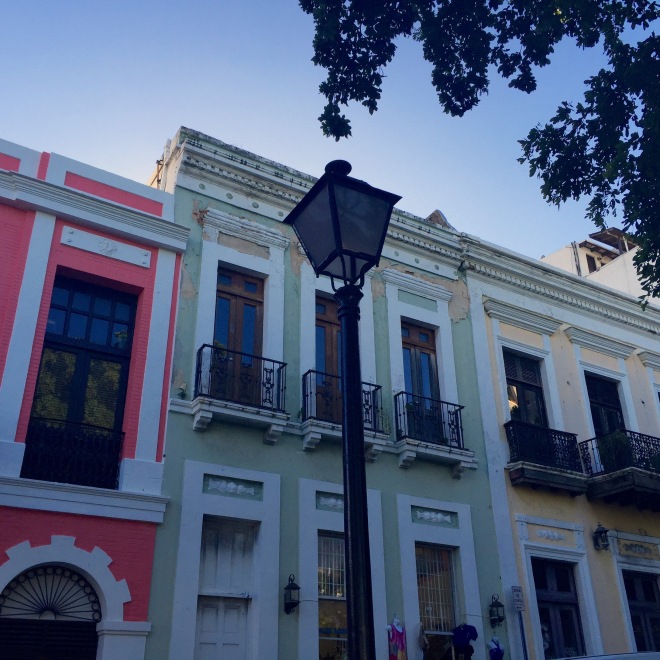 San Juan was our first stop on my family’s Caribbean cruise. We’d already spent a full day at sea, so we were more than ready to get off the ship and explore. 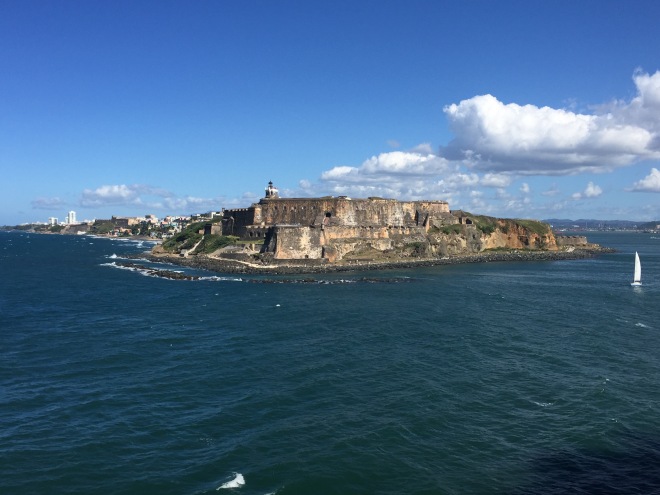 As we approached the shore, we saw Fort San Felipe del Morro. The fortress, built in the 16th century, is strategically located on a jutting piece of land you have to go around in order to make your way into port. It was from here that the Spanish controlled most of the access in and out of the Caribbean. We didn’t actually visit the fort, but it was an impressive sight nonetheless. 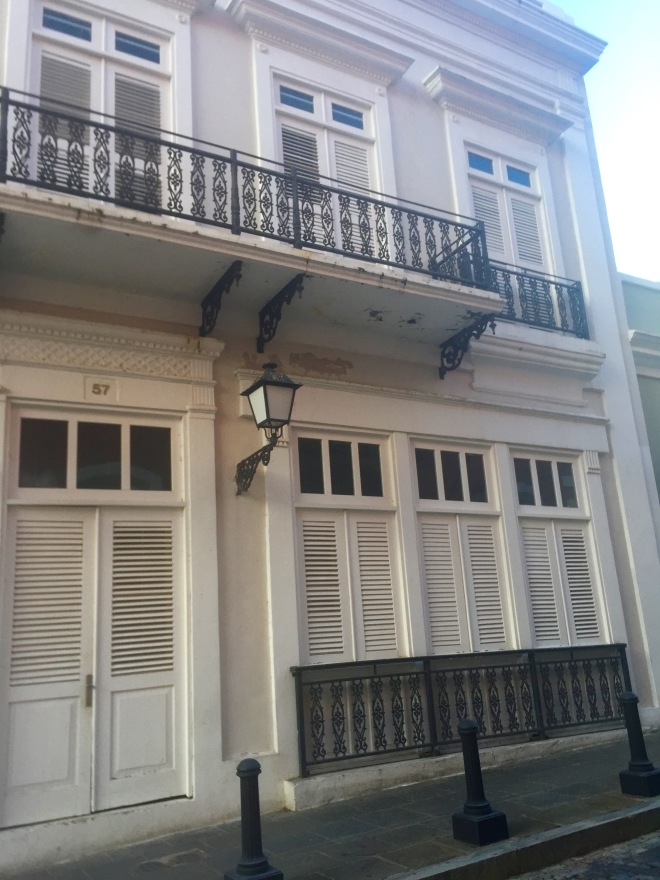 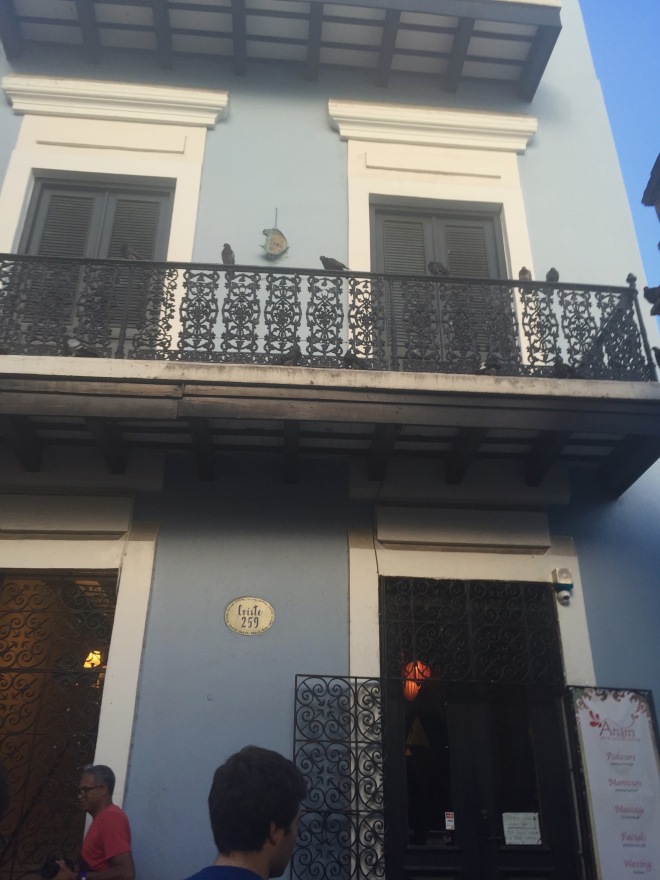 As we only were allowed a few hours off the boat (we disembarked at 4:30 and had to be back at the ship by 10:00pm), we only had the vaguest of plans, which was to wander around Old Town. We did a little shopping and snapped pictures of the architecture. We tried only to buy things actually made in Puerto Rico, and were impressed by (though we didn’t purchase) some of the beautiful Panama hats that were made there. 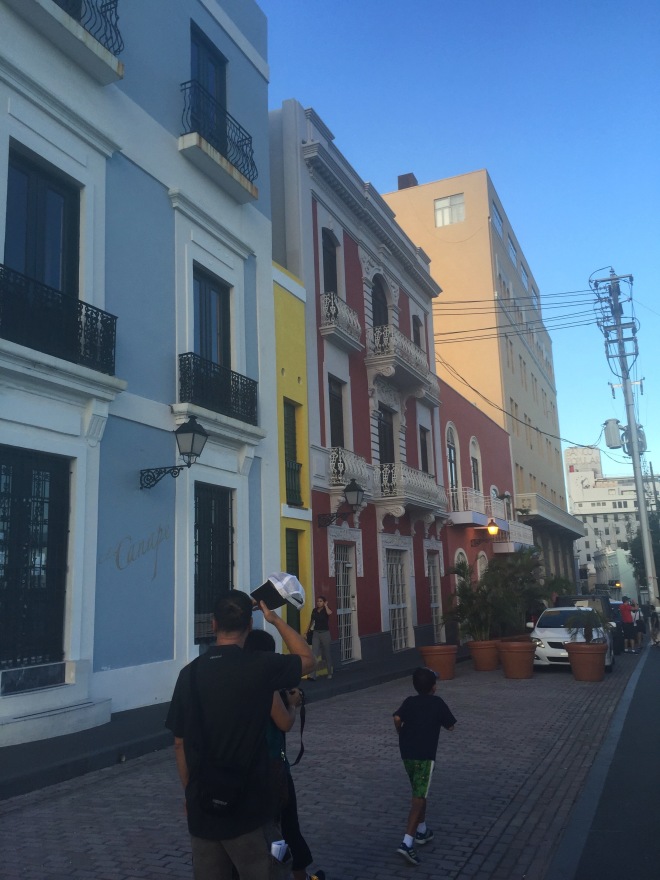 The streets are amazingly colorful and extremely narrow. They combine a beautiful European style with bright  Caribbean colors. 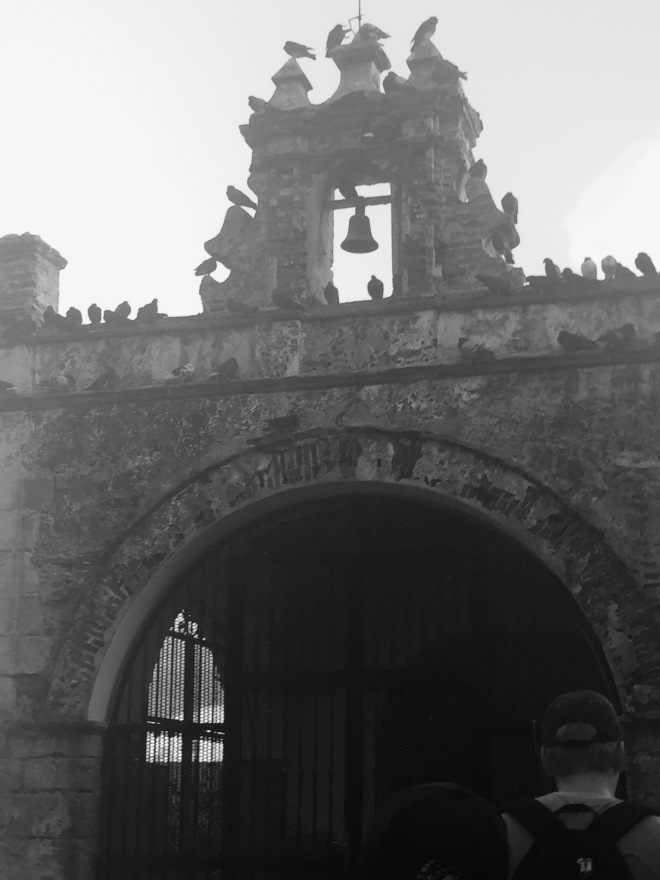 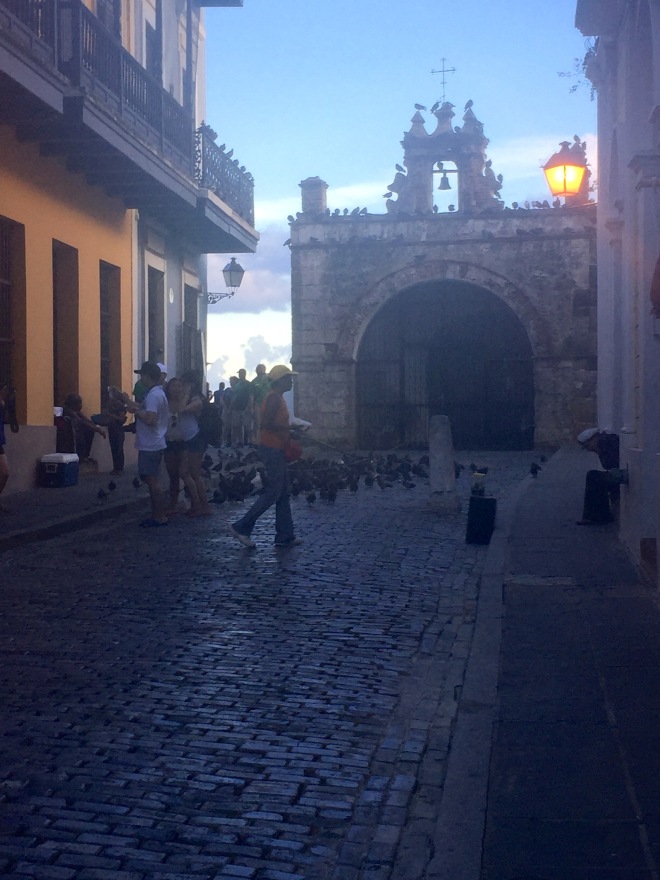 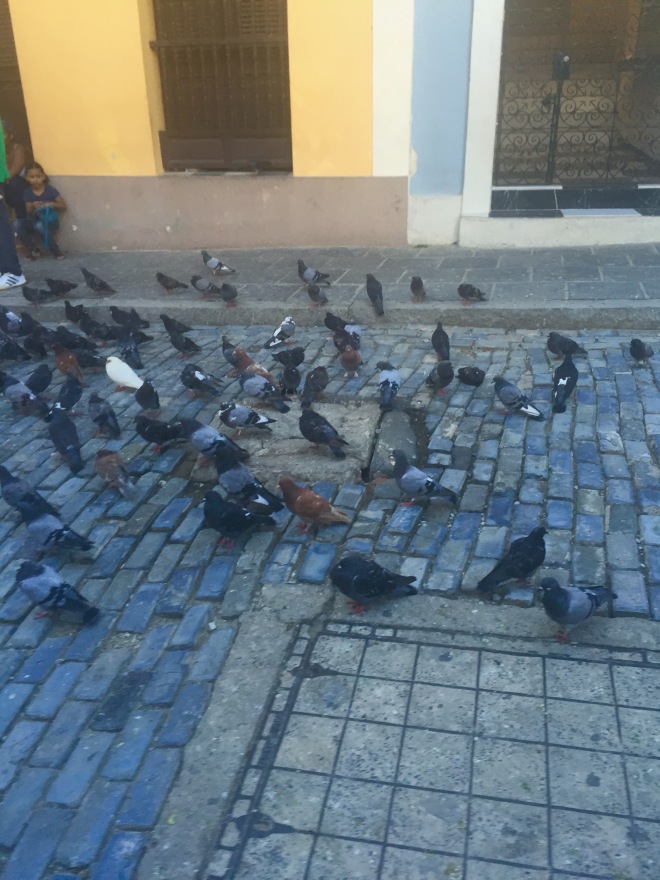 We met quite a few pigeons outside a 16th century Catholic sanctuary near the old walls. They cooed and strutted contentedly on the blue cobblestones that line many of the streets. 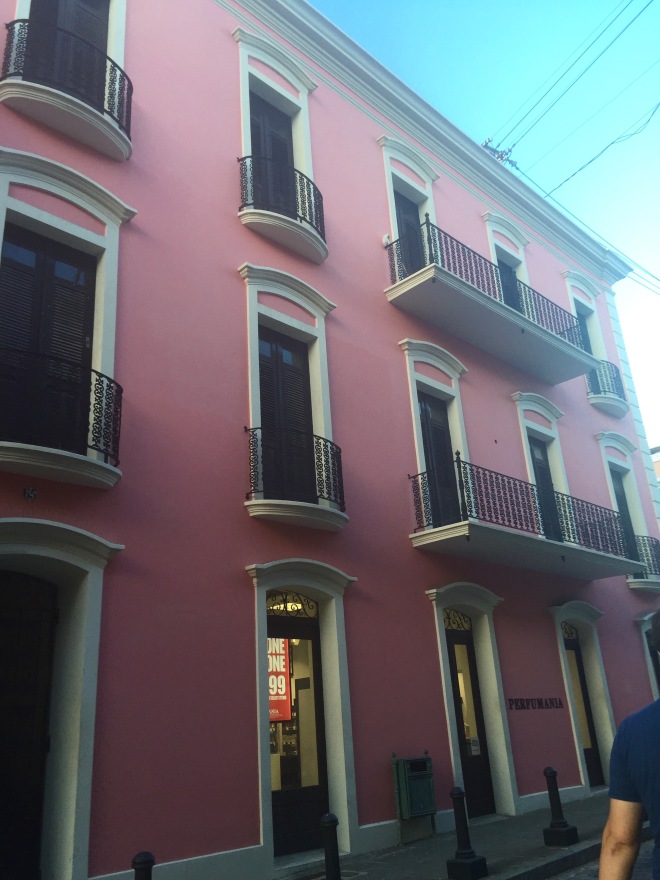 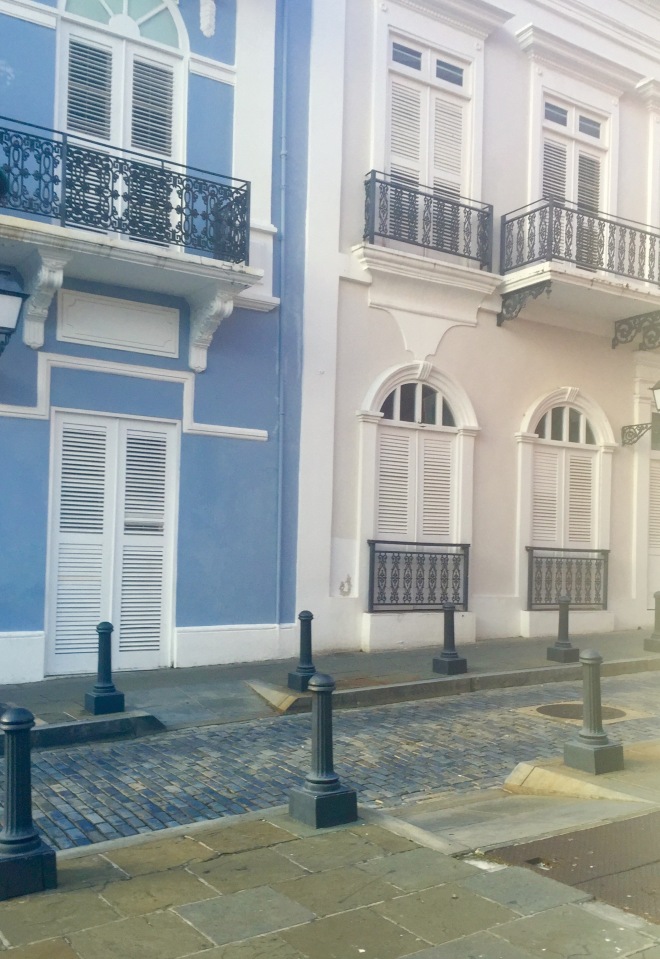 The boys weren’t interested in asking anyone to guide us in our walk, so our steps stayed fairly uninformed. We ended up eating at a local restaurant that was okay, but I know much better food can be had in Puerto Rico. I’m the history nut of the group, so I missed having someone or something inform me of what I was seeing. But the place is beautiful with a rich tradition and culture that I would love to go back and experience more deeply. We only got a glimpse, but it was an intriguing beginning to our journey.

Have you ever been to Puerto Rico? What were the most interesting places, people, or food you encountered? Any place we shouldn’t miss for our next visit?