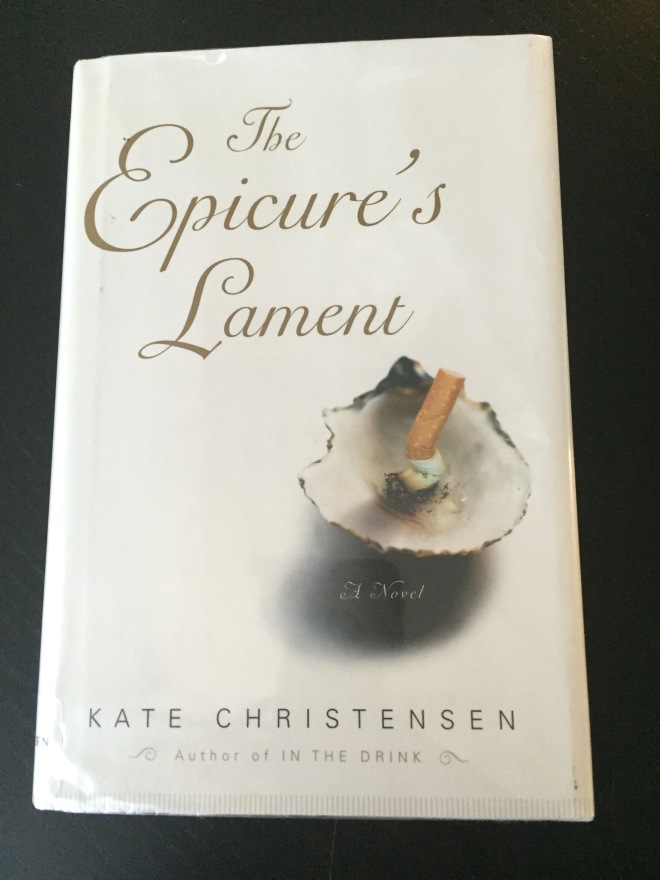 Kate Christensen’s novel is written in diary format, though the narrator would probably not like it being referred to that way. But it’s written as a series of notebooks he writes his private thoughts in and doesn’t let anyone read…so a diary. There’s nothing wrong with having a diary of course; I’ve had one for years (though I do occasionally read aloud from it, especially to settle important relationship disputes, such as where Paul and I went for our fourth anniversary dinner. It was Del Alma in Corvallis, Oregon, which is really great place to go for a nice dinner, in case you were wondering).

The narrator is dying from an entirely preventable disease that he could reverse if he gave up smoking–something he categorically refuses to do. He’s rude, crude, and really nothing more than a snarky hermit living in a family mansion that’s going to ruins as quickly as his body. So naturally, he’s brilliant. He makes you fall in love with all his horrible qualities. He is, in a word, fascinating. Also neurotic, paranoid, self-centered, and crabby. Christensen creates one of those lovely characters you love to hate. And makes him say wonderfully archaic things that are out of sync with reality, but somehow just right. This book should be offensive, but it’s really just good fun in the strangest way. I highly recommend this book to anyone who thinks the world is too PC, who enjoys uncouth protagonists, or who just needs something very good to read.